Thank you to our Quilt partners for hosting this statewide display. Click on the organization name to visit its display or scroll down to view all the Quilt displays. Each Quilt display has the corresponding block numbers and the thumbnail images can be enlarged by clicking on them for a closer look at the details of the panels. A curated story is provided by each Quilt host, linking to their organization website to learn more about their work in the community. See the full list of displays by state and territory. 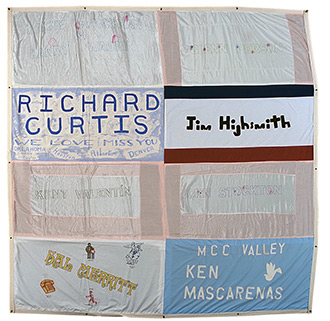 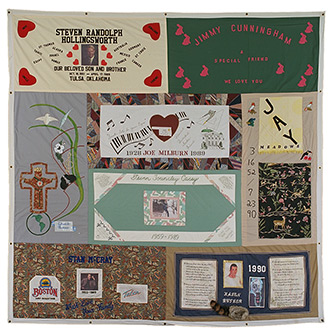 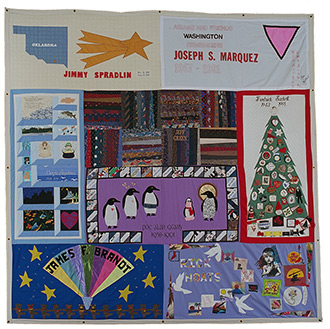 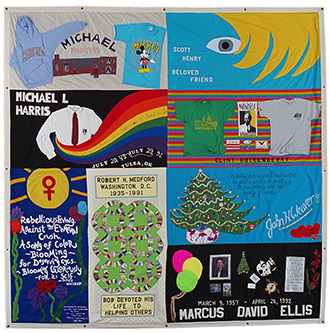 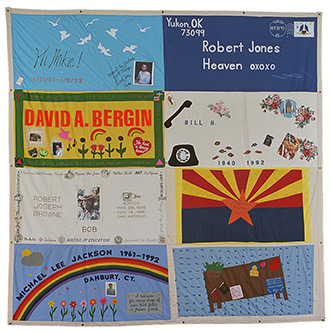 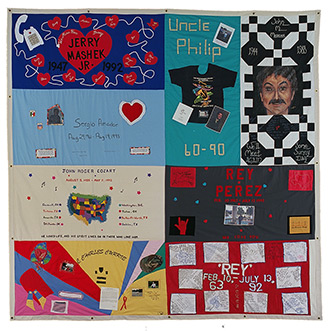 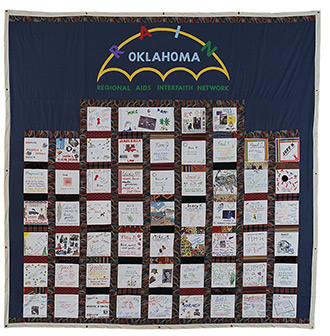 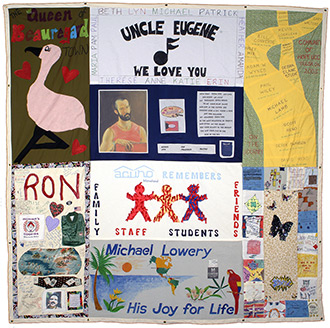 Display Host: Oklahoma Displays - Since 1993, organizations throughout Oklahoma have hosted 54 Quilt displays featuring a total of 2,094 Quilt sections.  In 2008, as part of World AIDS Day ceremonies, Northeastern State University brought 9 sections of the Quilt to campuses in Tahlequah, Muskogee and Broken Arrow, as well as the Cherokee National Tribal Complex.  According to news reports, Tammie Willis, who helped organize the display recalled the loss she felt when one friend after another succumbed to AIDS in the early 1990s. “I attended a funeral a month for six months,” she said. “These were people who were hit hard by AIDS. Back then, we didn’t know nearly as much as we know now.”  NSU President Don Betz added, “It’s about the names we honor, knowing they are gone. It shows we are connected with each other. You don’t need to see it all (the entire quilt) to know what it means.” Nick Hulsey, a Tulsa NSU junior, said that seeing the quilt had an impact on him. “I’m hemophiliac, so the quilt impacted me a whole lot,” he said. “When I found out they are bringing the AIDS quilt, I jumped right on it.”  This virtual display includes Quilt panels with the names of loved ones from Oklahoma who have been lost to AIDS.
‍

Thank you! Your submission has been received!
Oops! Something went wrong while submitting the form 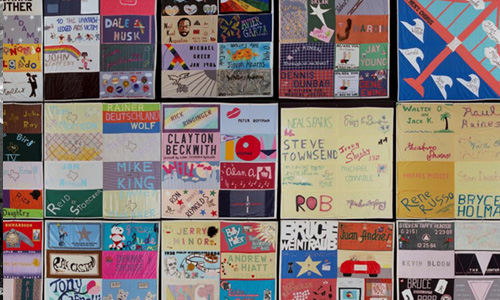 Search the AIDS Memorial Quilt, view each panel, search for a friend or loved one and share
your story through our social media channels - learn more 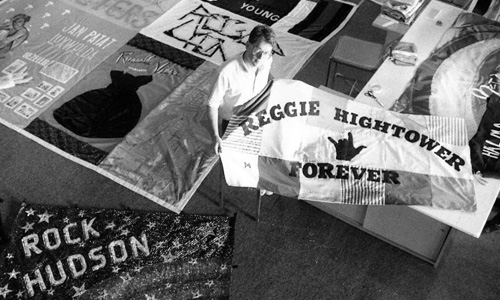 HISTORY OF THE QUILT 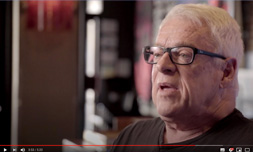 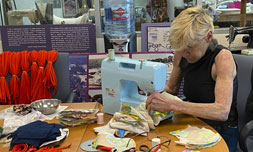 Memories of individuals who died of AIDS, stories of survivors and caregivers and advocates, and the broader story of the AIDS epidemic - learn more 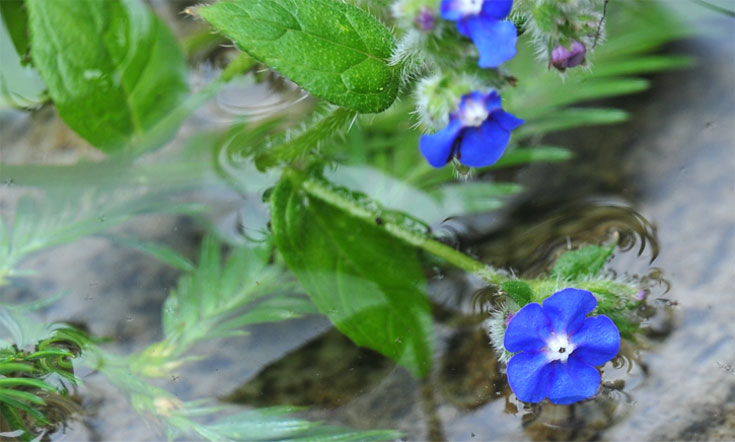 Our vision is that never again will a community be harmed because of fear, silence, discrimination, or stigma. - Donate now