gather to heal, hope, and remember

The National AIDS Memorial Grove, located in San Francisco’s Golden Gate Park, is a dedicated space in the national landscape where millions of Americans touched directly or indirectly by AIDS can gather to heal, hope, and remember. For all the promising prospects on the horizon, AIDS continues to invade our lives, violate our past, and rob us of our comfortable assumptions about the future. The sacred ground of this 10-acre living memorial honors all who have confronted this tragic pandemic; those who have died, and those who have shared their struggle, kept the vigils, and supported each other during the final hours.

The idea for the National AIDS Memorial was first conceived in 1988 by a small group of San Francisco residents representing a community devastated by the AIDS epidemic, but with no positive way to express their collective grief. They envisioned a serene place where people would come alone or in groups to hold memorial services, to remember among the rhododendrons and redwoods. It was to be a place dedicated to all lives touched by AIDS. As news of the AIDS Memorial Grove initiative grew, so did support and interest. The group selected as the site for the Grove the de Laveaga Dell, near the park’s tennis courts, in world-renowned Golden Gate Park. Due to park budget cuts and lack of funding, the Dell had fallen into a state of disrepair. It was overgrown and unusable by the public. A team of prominent architects, landscape architects, and designers volunteered countless hours to create a landscape plan that would be fitting as a timeless living memorial. Site renovation began in September 1991, and is still in progress. The Grove is an award-winning example of civic beautification, combining both public and private sectors in urban-park restoration and promoting AIDS awareness. In 1999, it was bestowed the Rudy Bruner Silver Medal Award for excellence in the urban environment. The memorial’s board of directors obtained a 99-year renewable lease with the City of San Francisco to create and maintain the Grove. Public officials praise the project as the perfect example of a public-private partnership, a model project for like-minded groups throughout the world.

In October 1996, through the passage of legislation spearheaded by Representative Nancy Pelosi and signed by President Bill Clinton, the ‘AIDS Memorial Grove Act of 1996’ designated the Grove as this nation’s AIDS Memorial. This official designation as the National AIDS Memorial Grove, a status comparable to that of the Vietnam Veterans Memorial, the 9/11 Memorial & Museum, and the USS Arizona at Pearl Harbor, proclaims to the world that there is a dedicated space in the national public landscape where anyone who has been touched by AIDS can grieve openly without being stigmatized, can find comfort among others whose lives have been affected by AIDS, and can experience the feelings of renewal and hope inherent in nature. As the AIDS pandemic continues to invade humanity in unprecedented numbers, the establishment of the Grove as the national gathering place for healing, hope and remembrance also serves as an important marker in the history of this dreadful disease. Since that time, the work of National AIDS Memorial has expanded beyond the Grove and now includes the AIDS Memorial Quilt, storytelling programs and scholarships, among other priorities. All these building on the original purpose of the Grove, which is to ensure that the lives lost to AIDS are always remembered.

Community response is the heart of the Grove. During its first decade, the Grove was transformed into a lush and tranquil site visited by thousands of people annually. Since 1991, thousands of volunteers have donated more than 225,000 hours participating in monthly Community Volunteer Workdays. Workday attendance averages 200 volunteers, ranging from the very young to the elderly. Workday volunteers come from all segments of the community and represent a diverse range of racial, economic, cultural, religious, and other social groups. Under professional supervision they have made the restoration of the Grove a shining reality, clearing massive overgrowth and reintroducing native species by planting thousands of new trees, plants and shrubs. Other restoration efforts have included the construction of site improvements for public use. These features include six flagstone gathering areas, the placement of numerous Sierra granite boulders and eighteen freestanding benches. A paved, ADA-compliant mobility path leads to the Circle of Friends, and a gravel access skirts the meadow on its way to the Crossroads Circle. There are seventeen defined areas being planted and maintained by volunteers and the Grove’s full-time city gardener.

A permanent endowment has been established to preserve for all time the Grove as a living memorial for remembrance and reflection, for inspiration and action.  The Circle of Friends, located at the Dogwood Crescent in the eastern end of the Grove, is the major component in the endowment campaign. Most memorials are built after the struggle is over. This battle rages on and we cannot wait, lest any one of our loved ones lost to AIDS be forgotten. The Grove exists in large measure because of the generous contributions from individuals, philanthropic organizations, and corporations. The National AIDS Memorial Grove is governed by a dedicated board of directors and is a project of the Tides Center, a non-profit corporation dedicated to social service and stewardship of the natural environment.

“… may we find strength and comfort in our communities, and in our shared desire to bring hope and healing to the millions of men, women and children around the world living with HIV/AIDS.  This disease is resilient and resourceful, ever mutating to escape destruction.  We must be equally resourceful in our efforts to combat HIV/AIDS as we work to finally achieve an AIDS-free generation.”

Our work helps ensure that the lives of people who died from AIDS are not forgotten and the story of AIDS is known by future generations - so that never again will a community be harmed because of fear, silence, discrimination, or stigma. 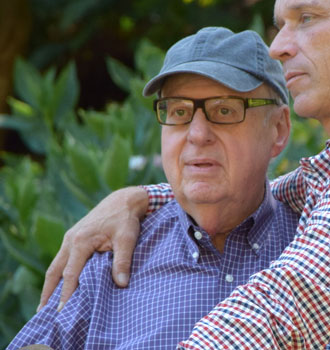 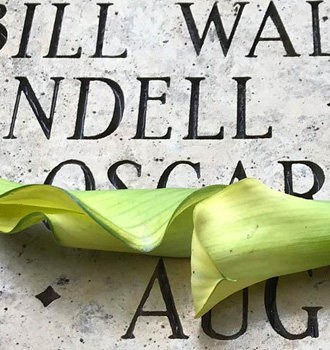 Honor a loved one 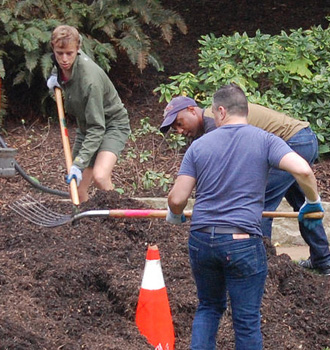